The South Pole Observatory (SPO) is located at the geographic South Pole on the Antarctic plateau at an elevation of 2837 m above sea level. The South Pole Observatory was established at the geographical South Pole in 1957 as part of the International Geophysical Year. The National Science Foundation provides the infrastructure for the GMD scientific operations including a state of the art science building named the Atmospheric Research Observatory (ARO) and the Balloon Inflation Facility (BIF). Two GMD observatory staff members spend one year tours of duty at the station which includes a 9 month period of isolation and six months of darkness.

The ARO facility is approximately 500-m grid east-northeast of the new elevated station. This location is generally separated and upwind from station operations. The grid system is used at South Pole Station to define Cartesian coordinates. Grid north (0°/360°) is defined as the line representing the prime meridian or zero line of longitude and is called “north.” The 180° line from South Pole is referred to as “south.” A Clean Air Sector (CAS) was established and is defined as the area beyond the ARO facility from grid 340° to grid 110°. The prevailing winds at the South Pole are from CAS more than 90% of the time.

CAS was established to preserve the unique atmospheric and terrestrial conditions from South Pole Station influences. Except for special circumstances, access to the CAS is prohibited. This includes foot and vehicle traffic. Aircraft activity is limited in CAS, and guidelines for scientific or other activities are under discussion at this time. The pristine nature of CAS is strictly preserved, not just for the current scientific activities, but also for future science at South Pole. 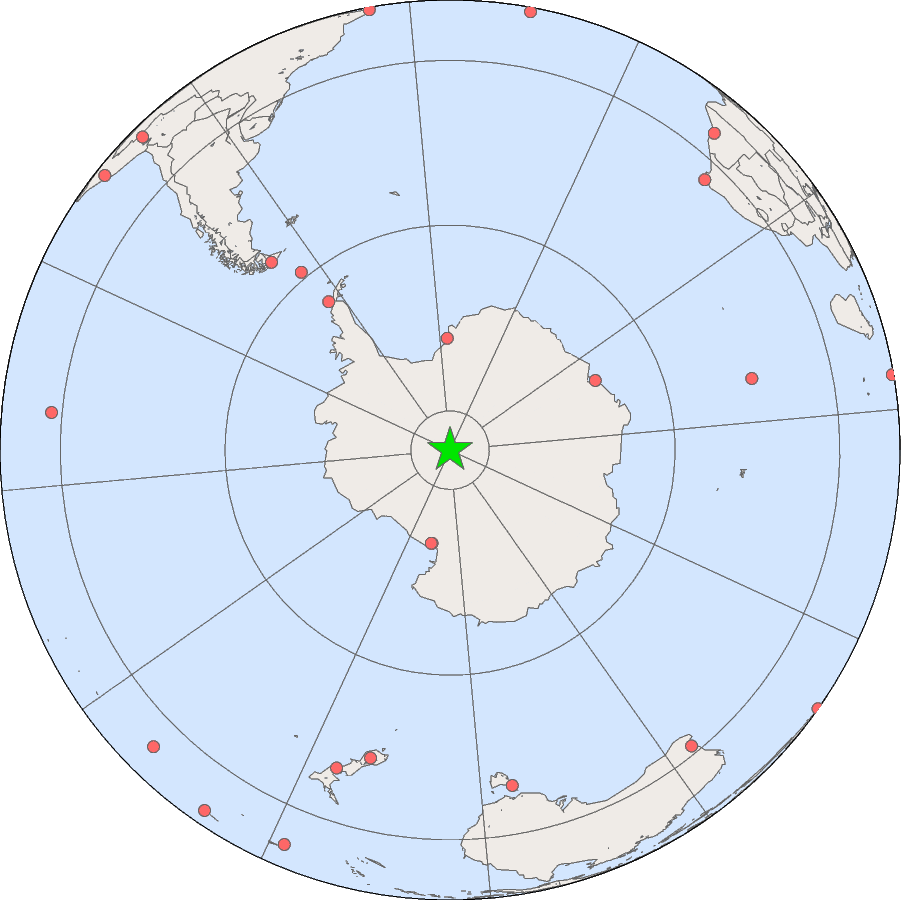