The Arctic is changing more rapidly than lower latitudes in response to climate change. One measure of that change is the impact of rising temperatures on snowpack. A long-term record of the date of spring snowmelt and the onset of fall snowpack at the Barrow Observatory is an indicator of that change. Daily albedo measurements are used to determine those dates. Albedo from the current year is shown below in its historical context. 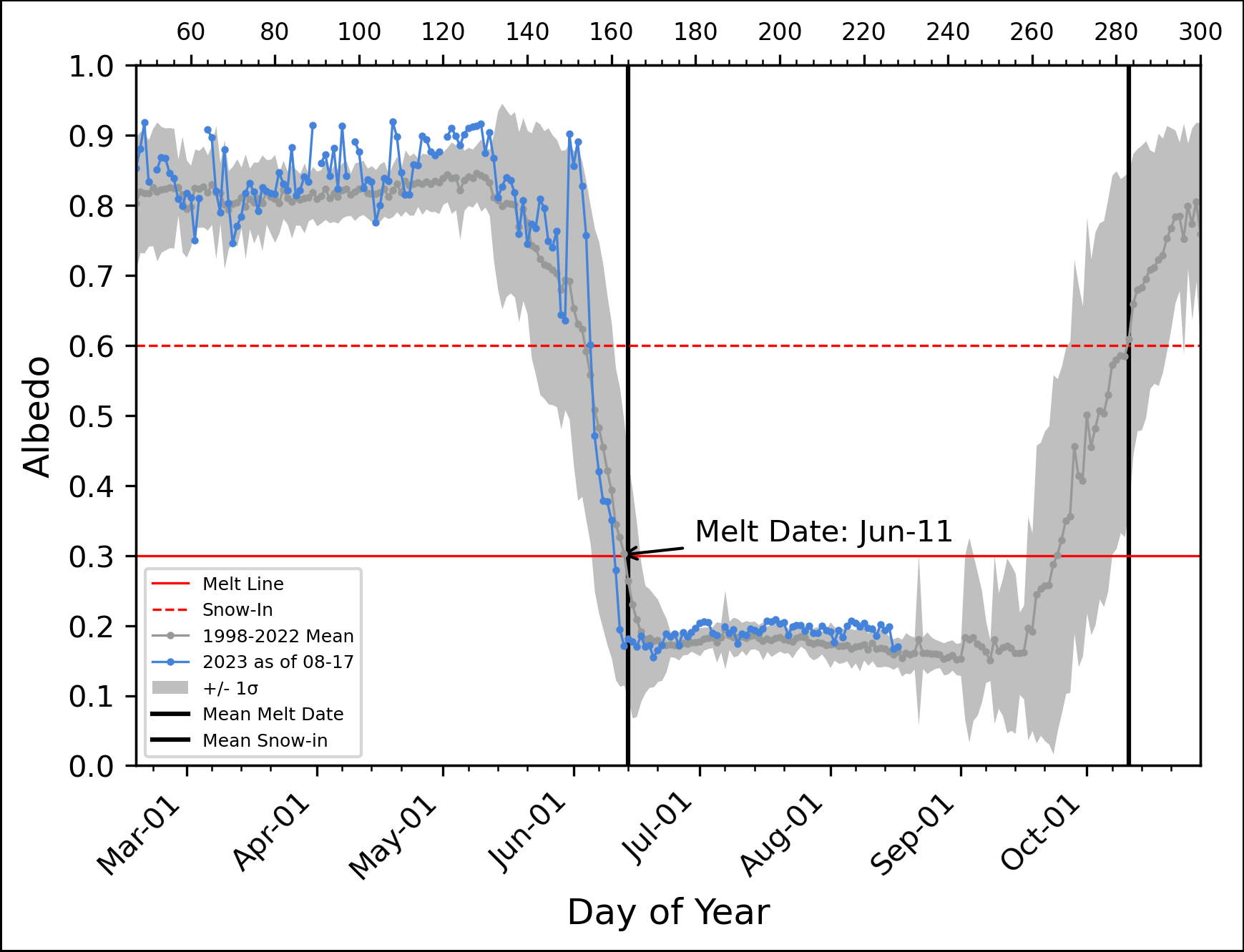